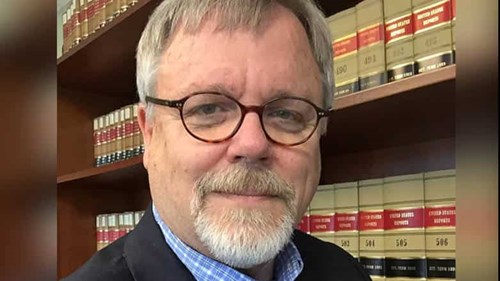 Professor Greg Wallace teaches constitutional law with an emphasis on the right to arms, religious freedom, and free speech. He holds the LL.M. and S.J.D. degrees from the University of Virginia School of Law. He received his J.D. degree with high honors from the University of Arkansas at Little Rock School of Law, where he graduated first in his class and was editor-in-chief of the law review. Before joining the Campbell Law faculty in 1995, he served as a law clerk to United States District Judge Susan Webber Wright.

Professor Wallace is co-author of the third edition, 2022 supplement, and online chapters of Firearms Law and the Second Amendment: Regulation, Rights, and Policy, a law school textbook and treatise. He has published two law review articles on “assault weapons”: “Assault Weapon” Lethality, 88 Tennessee Law Review 1 (2020), and “Assault Weapon” Myths, 43 Southern Illinois Law Review 183 (2018). He has been a guest lecturer on the Second Amendment at various law schools, and he provides frequent commentary on Second Amendment and other constitutional issues at conferences and symposia as well as in news reports, media interviews, and op-ed columns.

Professor Wallace is a member of the North Carolina Advisory Committee to the United States Commission on Civil Rights, and he has served on the North Carolina House of Representatives Select Committee on Community Relations, Law Enforcement and Justice. He has lectured on American constitutional law at Southwest University of Political Science and the Law in Chonqing, China and at Nanjing Normal University in Nanjing, China. In addition to other constitutional law courses at Campbell Law, Professor Wallace teaches an upper-level elective on “Firearms Law and the Second Amendment.” He also is a competitive shooter and firearms instructor.